YEAR BEGAN COLLECTING: I started collecting signed books around 2000, with a personal interest in Southern writers.

SHELVING SYSTEM: I shelve my signed copies alphabetically by author, with Alabama authors separated from the others.

NUMBER OF COPIES: I have about 1,500 books in my library with about 1,000 of them being signed, and about 80% of the signed books being first editions. (I also have a few hundred other books scattered around the house.)

FAVORITES: My favorite signed collectibles are a limited edition of Faulkner's "These Thirteen," the 35th and 40th anniversary editions of "To Kill a Mockingbird," and a special edition of "Catch 22." I also favor my signed copies of all of Rick Bragg's books, all of Larry Brown's, most of Harry Crews's, seven of John Updike's, four of Willie Morris's, and almost all of John Grisham's.

FAVORITE PART OF HAVING SIGNED BOOKS: My favorite part of collecting books is reading them.

COLLECTING THOUGHTS: I generally don't collect books that I don't intend to read. 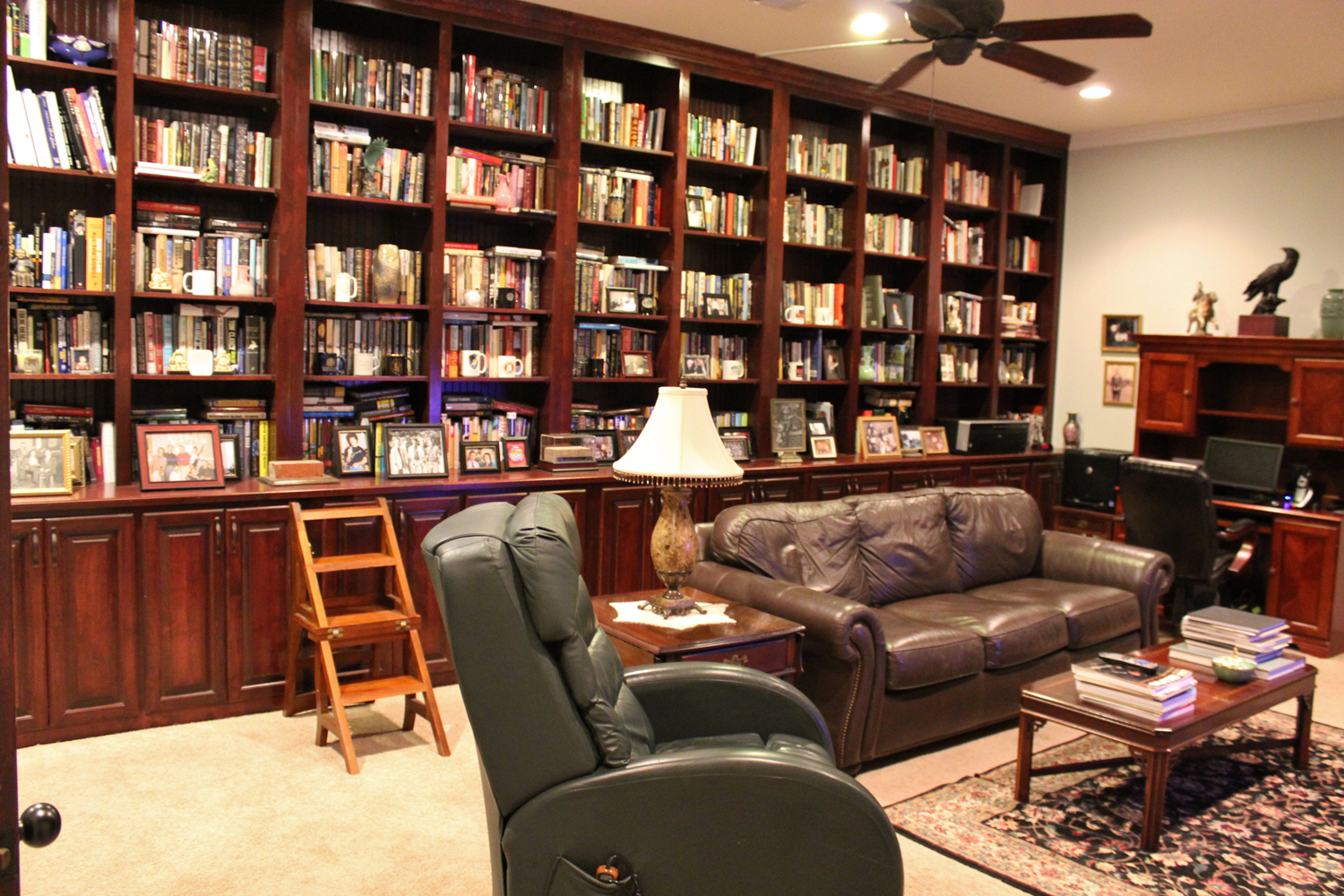